The guy in red and gold is a layman who helped with the service. We were told that in early Christianity that role was performed by women called deaconesses (non-ordained ministry for women) but women generally are no longer allowed into this role in the Orthodox Church. 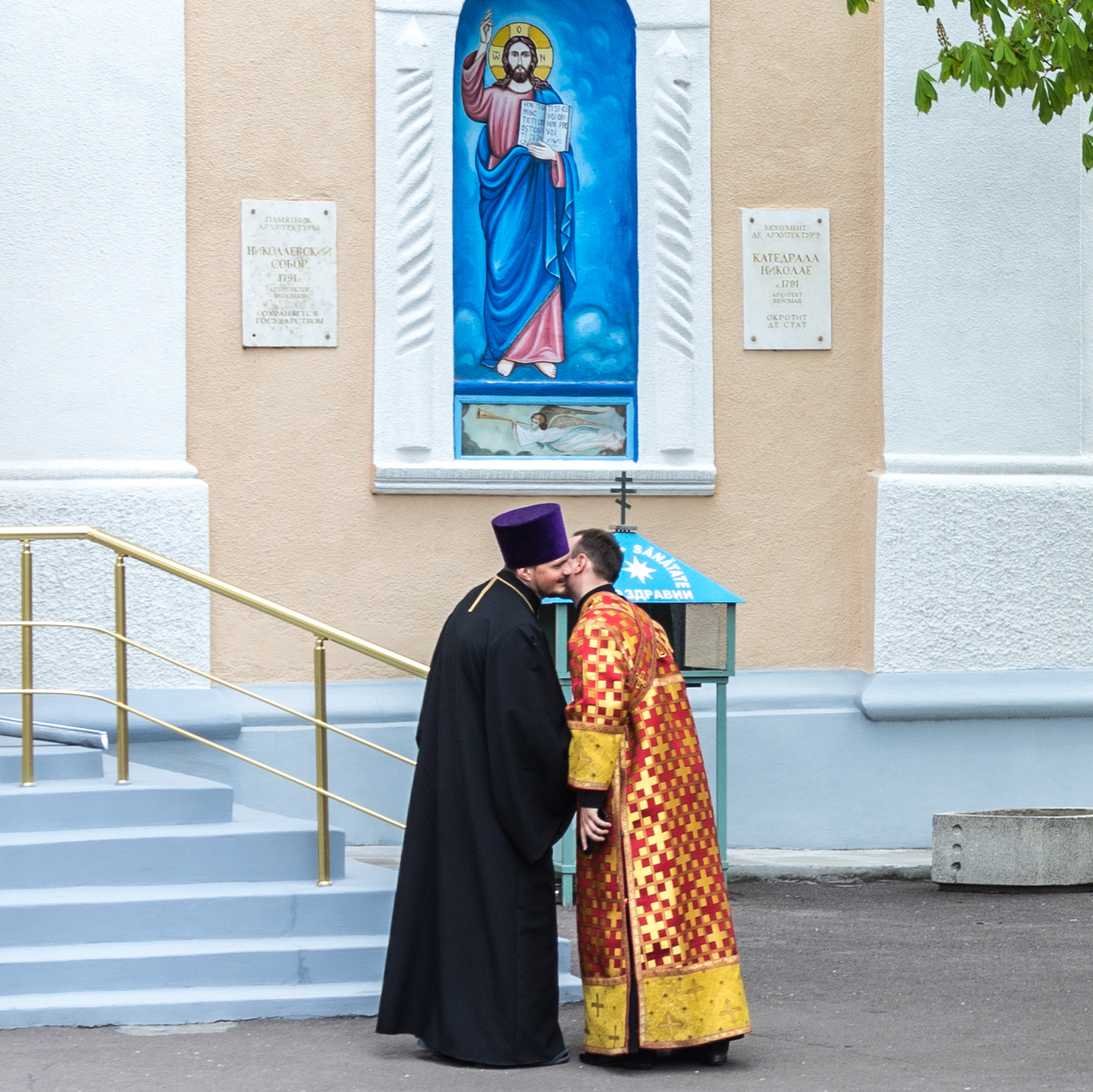 Deaconesses trace their roots from the time of Jesus Christ through to the 13th century. They existed from the early through the middle Byzantine periods in Constantinople and Jerusalem; the office may also have existed in Western European churches. There is evidence to support the idea that the diaconate including women in the Byzantine Church of the early and middle Byzantine periods was recognized as one of the major orders of clergy.
Collapse