Apparently geese do not follow eagles' style when it comes to doubleheadedness. 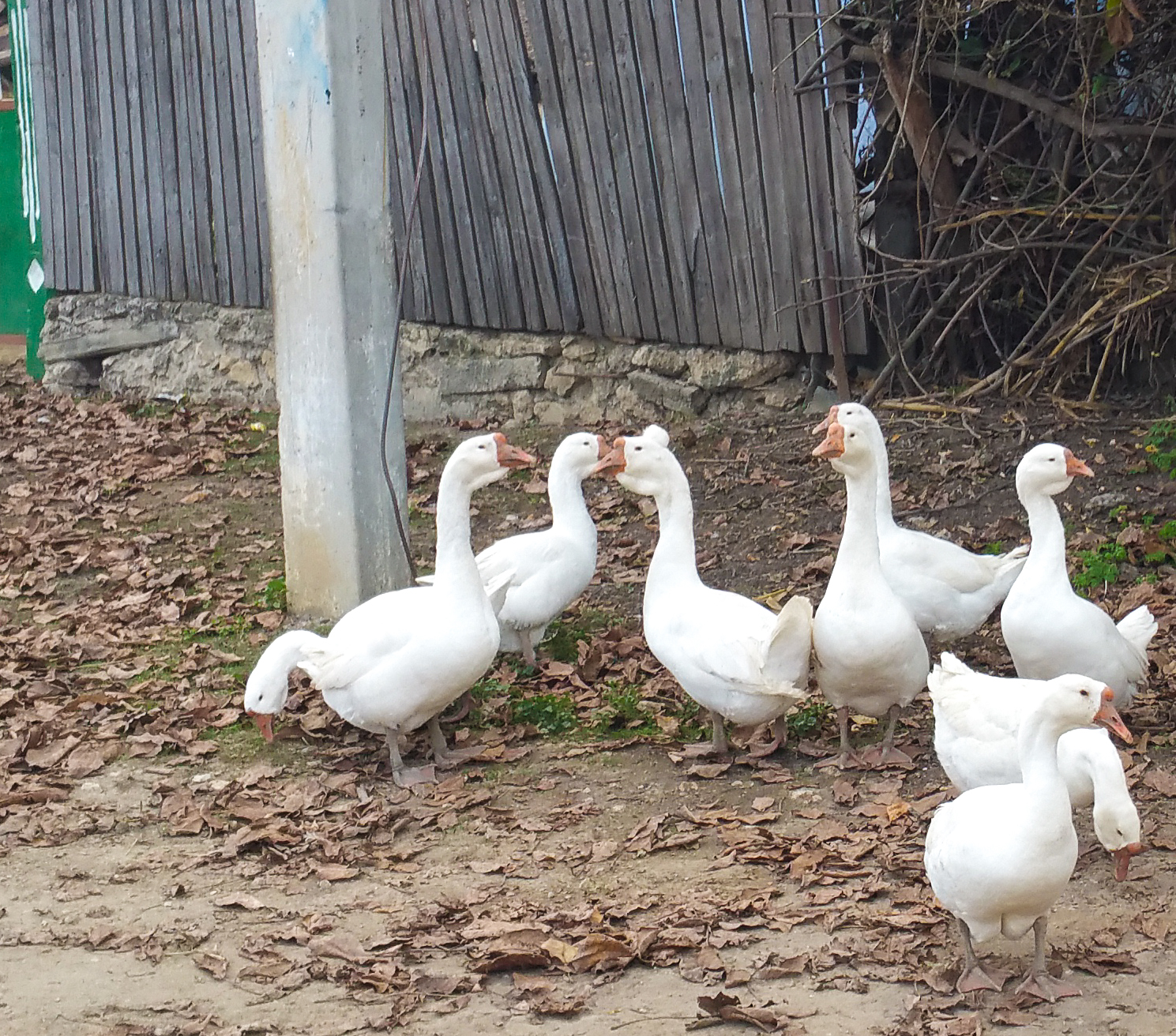 Pete is one bastard of a rooster. He won't stop engaging in extreme non-gender-neutral behaviour reinforcing those harmful stereotypes. This is so traumatising. Very triggering. I think we should just eat him. If we don't then we might need a separate safe space here because we have quite a large batch of volunteers from California coming in. 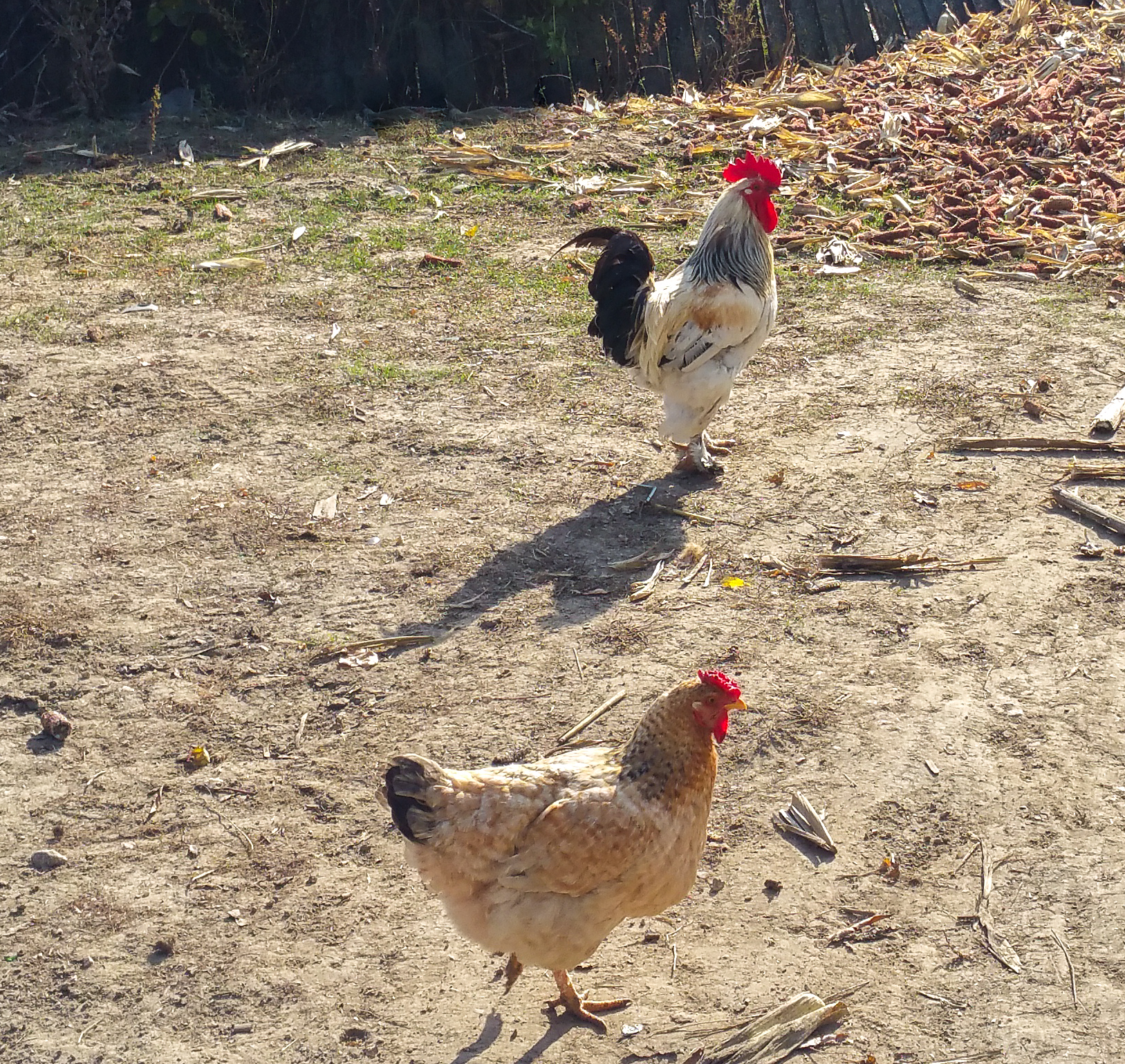 Two weeks ago one of our volunteers found local kids putting crowns of tree branches on their heads and playing war "inappropriate and triggering", mostly because their "crowns" reminded her of Native American ethnic dress (no, she wasn't Native American) and because war is bad. So she told me that I had to "think about how to fix this". You can't make this crazy shit up. I thought they decided to make fun of me and it was a prank. But it wasn't.

I have no idea what must be in someone's head to come here from the US, see herds of homeless / parentless local kids living in extreme poverty and think "Right, so how do I bring my US issues into this and make this about me?". She was not interested in any of the issues that did not match her Facebook feed trends. Neither was she interested that the kids were playing Hajduks not Native Americans. Or that some of their parents actually lived through the war and relocated here from Transnistria because of the war. But it didn't matter, she was not interested in learning anything about the locals, she thought that the world everywhere owed her to be interpreted through her US lens and align with her crazy Facebook feed. She was a victim and the world owed her, including those kids. I had to "fix it".

And fix it I did, I fired her on the spot (sexism!) because she was a useless, cringemaking idiot.

After I sent her off (she had to pack right away, we had enough of the insanity she caused at every turn), I went to our community centre where one of the conservative MAGA kids who volunteer with us decided to go into the discussion of how "masculinity is under attack" with me and how he also was a victim of everything. That was such a bad timing, I just had my fill of college campus insanity, which wasted enough of my time this month. So I told him "Mate, please shut the fuck up with the victimhood! No, I do not feel like my masculinity is under attack and I most definitely have never been victimised. And I think you haven't been either." He complained to me that I addressed him somewhat aggressively. Wow, so much masculinity and still isn't capable of taking anything but reassuring soft statements from a bro. Incredible fragility. Unfortunately I forgot my tutu at home that day and could not softly express my disagreement with him through the magic of dance.

The overwhelming majority of our volunteers are reasonable, bright and helpful people and a lot of them are college age. So after two or three good batches I start thinking "Well, all that fear mongering about insane millennials is totally blown out of proportion for clickbait." And then we get a batch of "victims" like this one and it makes me think "Yeah, we are fucked."

I am bracing myself for one of our volunteers asking me to demolish the Holocaust monument in the neighbouring town because he or she feels that it is exclusive of POCs, overweight people or is fat shaming. Or because "Holocaust didn't happen and was fabricated by evil Jews who control all the money, banks and Hollywood (look at the statistics!)".

I will be firing them as soon as they start whining going forward because when we provide "counselling" to them they start preferring getting someone's undivided attention while they talk about themselves in a cosy room to actually doing the work they signed up for in wet fields and with "triggering" local kids outside. But we have to build a dormitory for those triggering teens living alone at twelve years old before winter comes and cannot spend all that time counselling fragile Californians triggered by a four year old orphan putting some leaves on his head.

I terminated this whole "counselling" shit that Elizabeth started. From now on if you are triggered and can't deal with it yourself, you are out. We have extensive warnings and disclosures about the environment we are working in here and explicitly ask people who might get triggered by it not to come. They still do for some reason. No more fucking counselling.
Collapse