You may remember that we went to Tiraspol for the Victory Day parade. Tiraspol is the capital of Transnistria, Moldova's pro-Russian breakaway region. It split from Moldova after the fall of the USSR as a result of a short civil war when Russia moved its 14th army in. Transnistria is not recognised by anyone in the world except a couple of similar pro-Russian breakaway regions in Caucasus (which are also not recognised by anyone except Transnistria). Nevertheless, it operates like a separate state (although it can do so only because it almost entirely relies on Russia financially), has a border with Moldova (very easy to cross though), their own money, government, etc.

Anyway, for the V Day many boys in Tiraspol dressed up as Red Army solders and many girls put on Ukrainian national costumes (I don't know why Ukrainian but Ukraine is the only country except Moldova they have a border with). Some girls preferred to dress up as Red Army solders like the boys did instead of all the flowers in the hair that came with those Ukrainian national costumes. I saw no boys who went for the dress and the flowers in their hair instead of that Red Army uniform though. Anyway, they dressed up like this: 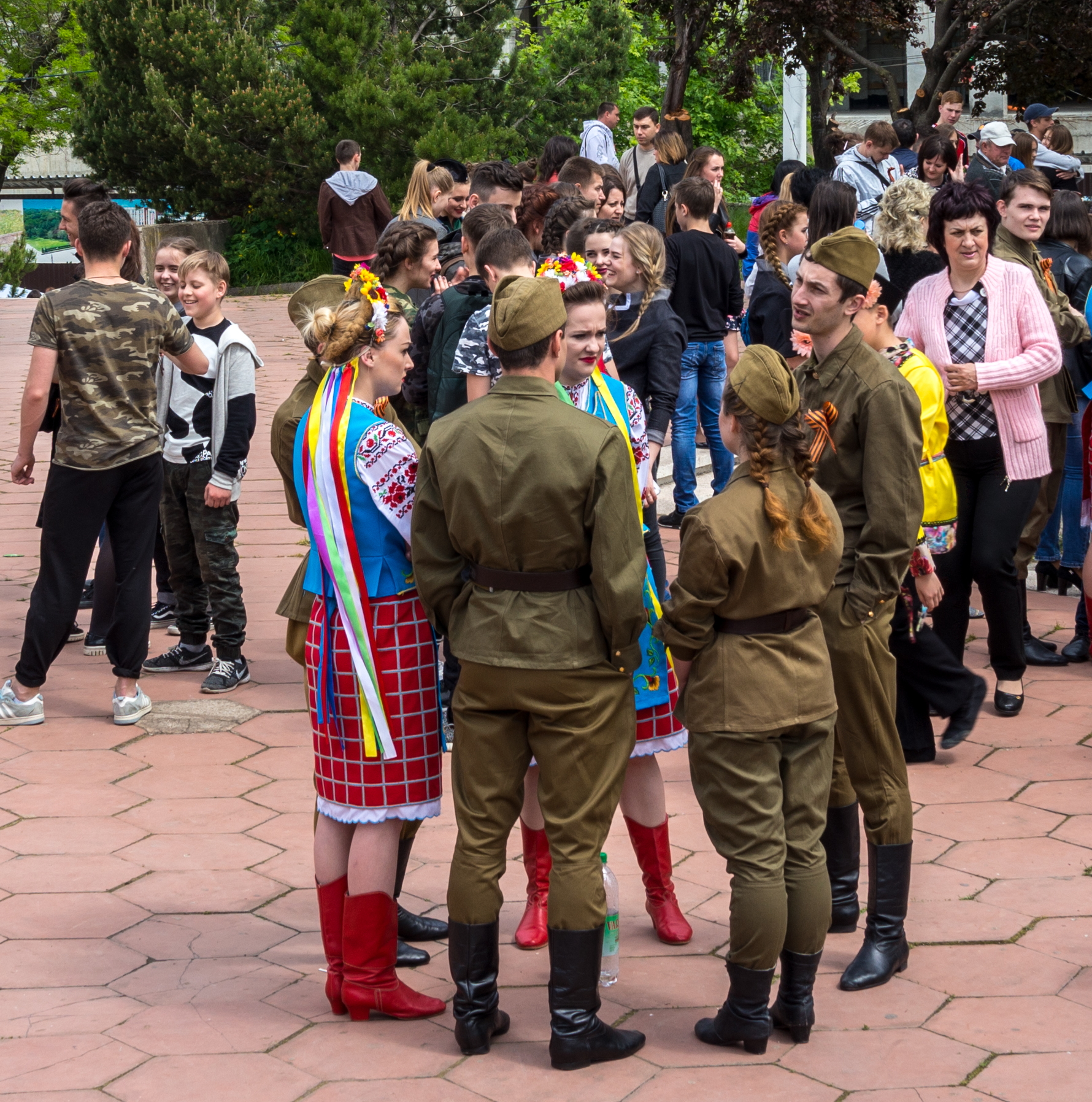 This girl over here was having a blast. She was chatting with her friends and laughing her head off, like this: 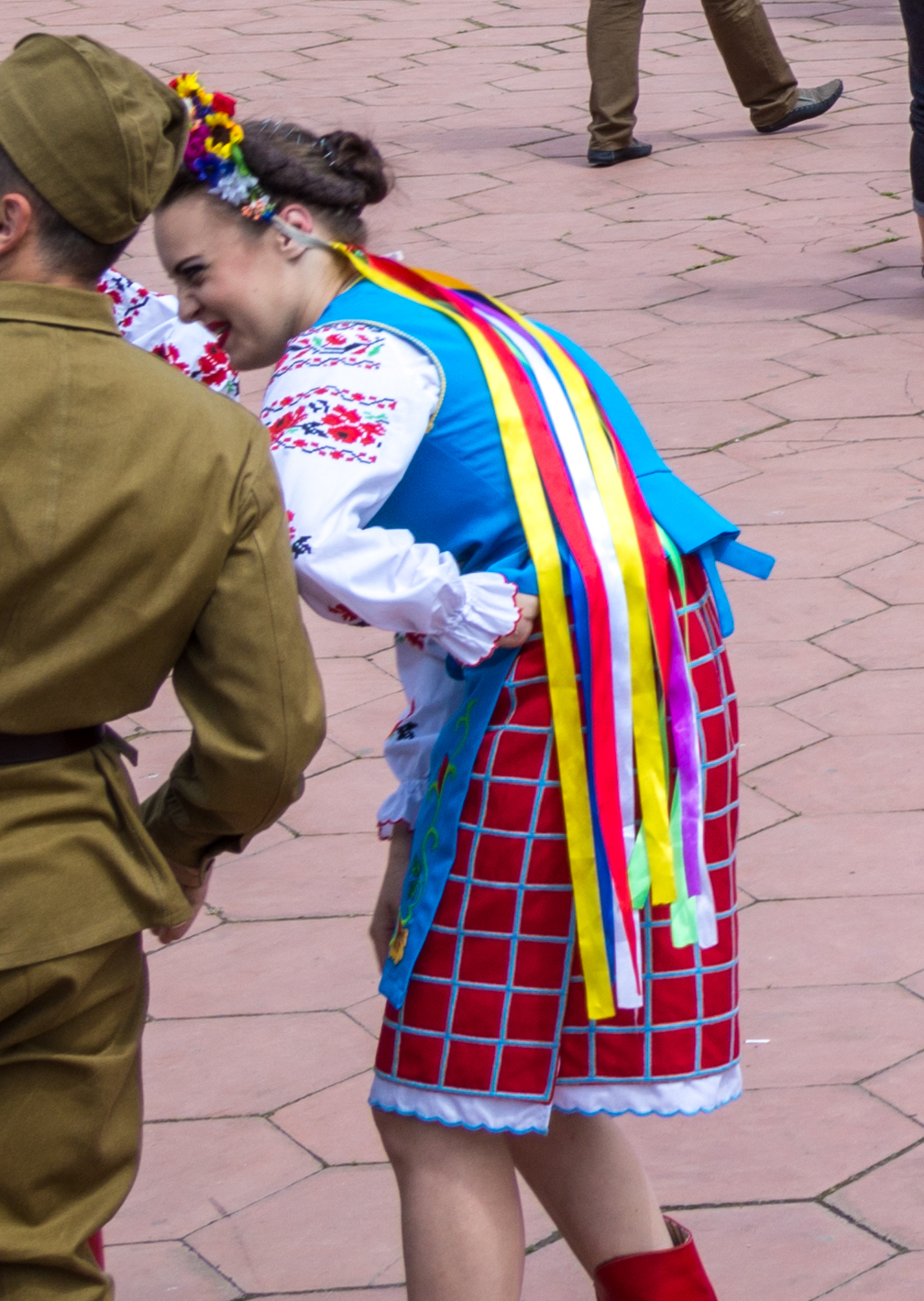 Until she saw her boyfriend chatting some other girl up: "Dafuq...?: 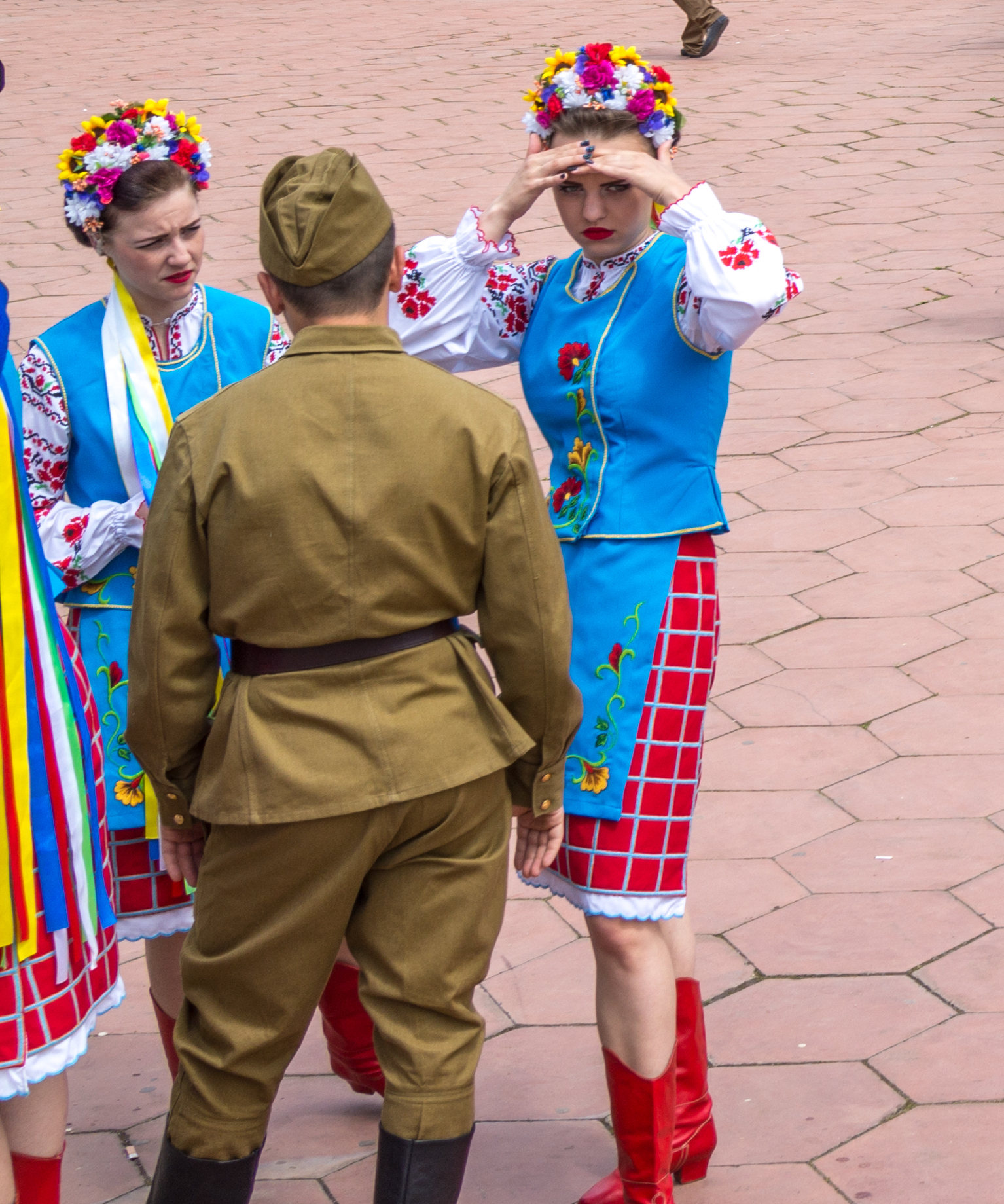 That wiped the smile off her face, she stopped listening to her friends and became focused solely on what was going on between her boyfriend and this Wonder Woman over here: 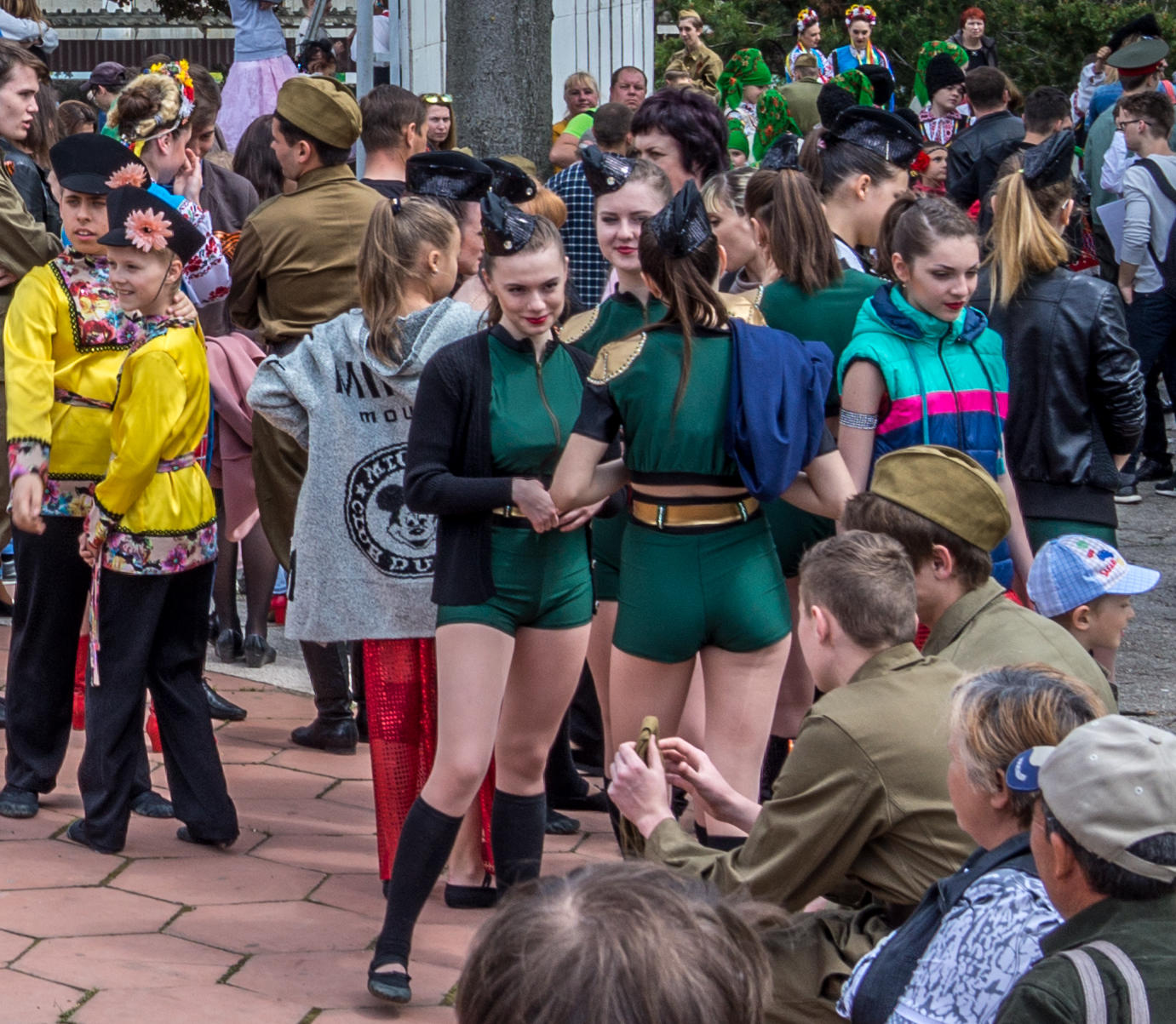 He is the uniformed guy sitting with his hat in his hands next to a friend, the one the Wonder Woman in the centre is smiling at. She was responding well, he was making her laugh. She was generally friendly, she gave me a friendly smile too when she spotted me: 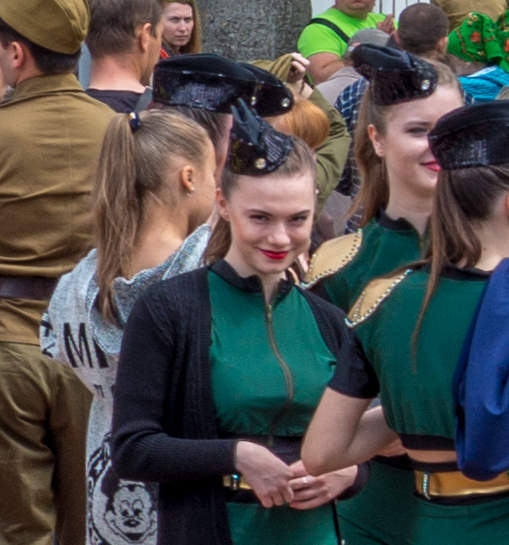 Anyway, this is not about me. The Wonder Woman shenanigans were not going down well here: 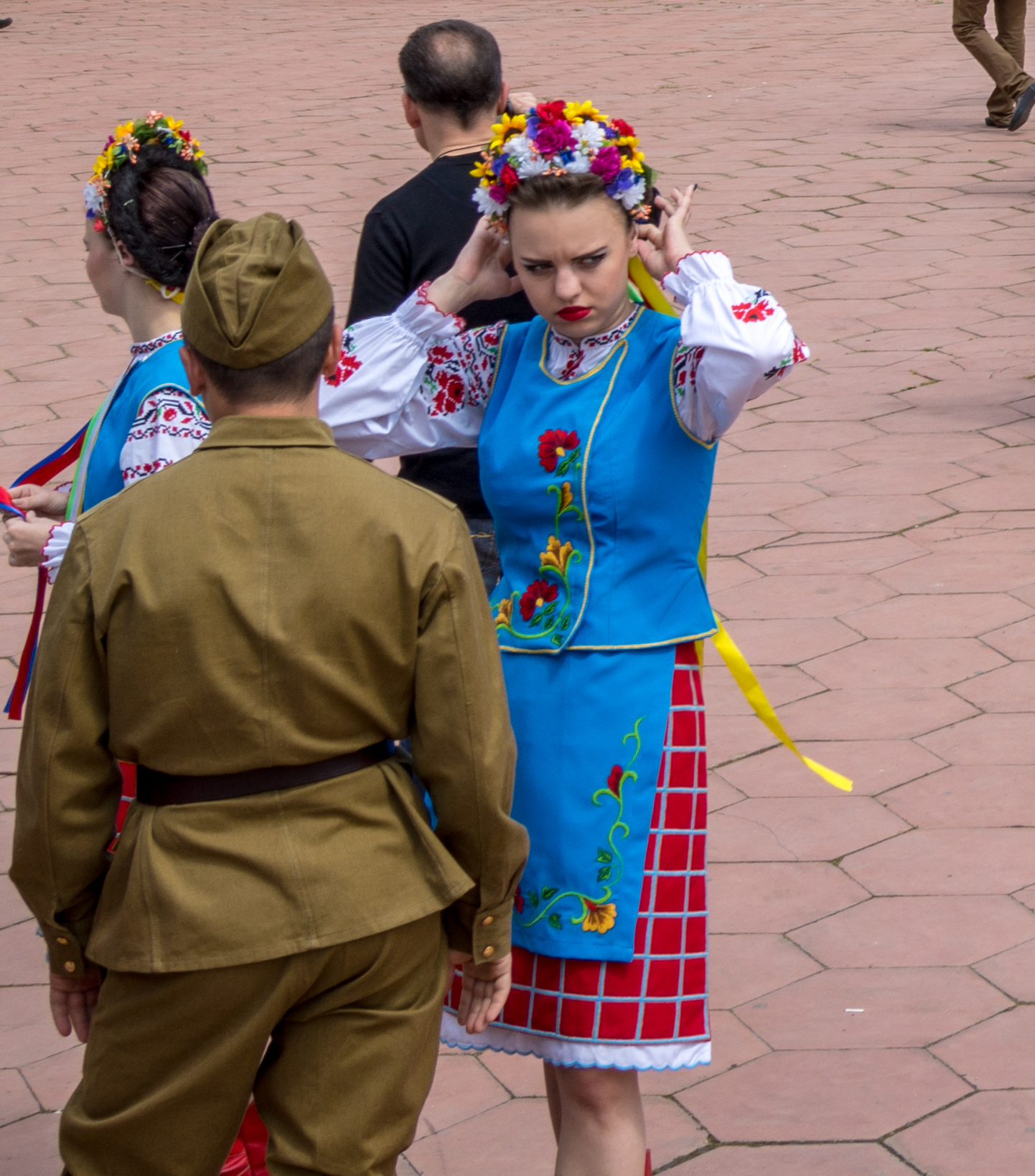 Finally, he felt his girlfriend's icy stare: "Fuck. Busted again. What is wrong with her, why can't she just chill a little?": 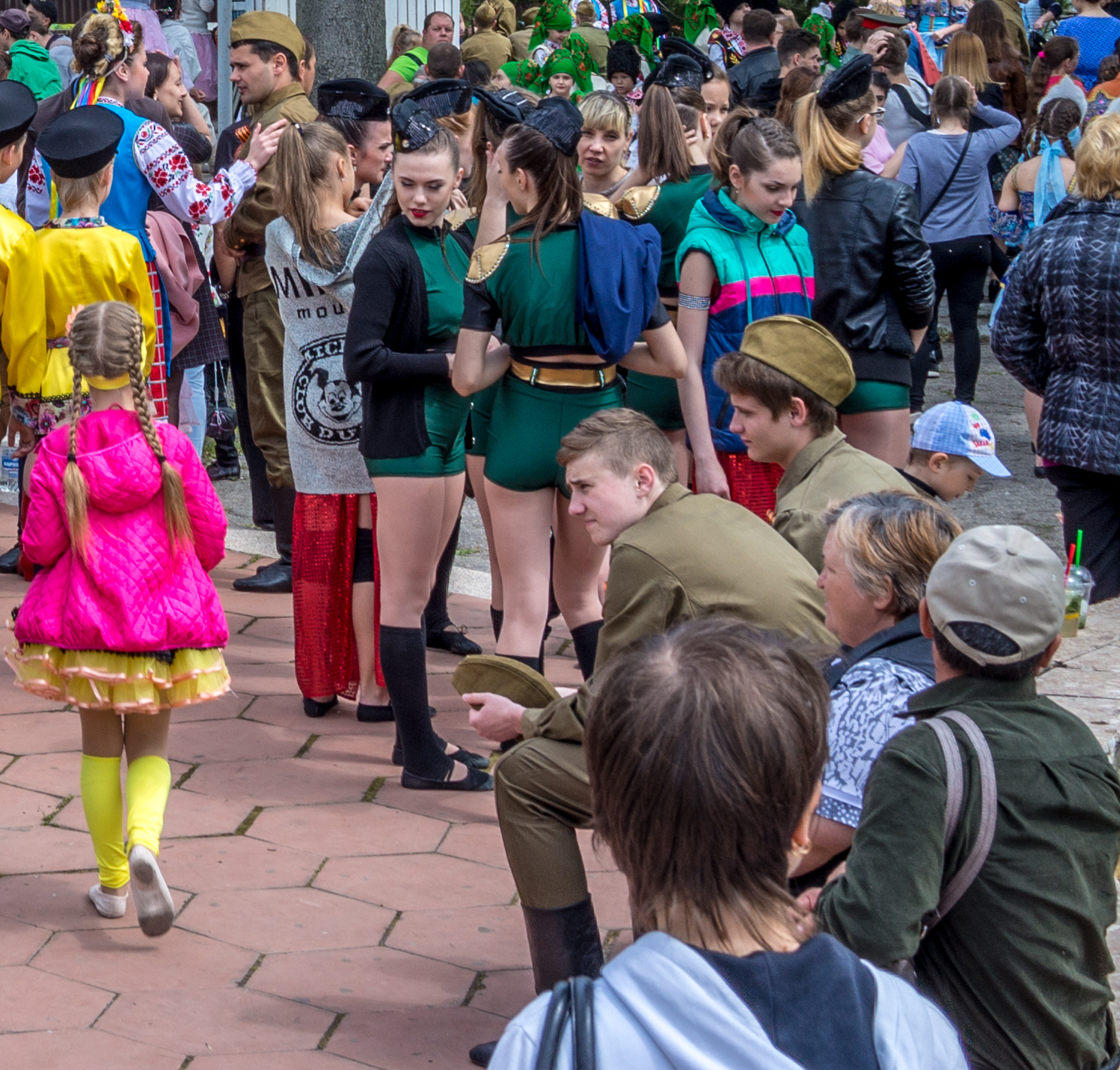 He stood up and started walking towards his girlfriend. She almost completely separated from their group of friends by then and was waiting for him to come over a couple of steps away from them looking like "I am done with this shit. I am not standing here with a table cloth around my hips, a bunch of fucking plastic flowers on my head and fly catcher stripes on my back just to watch you chat up hoes in spandax again.": 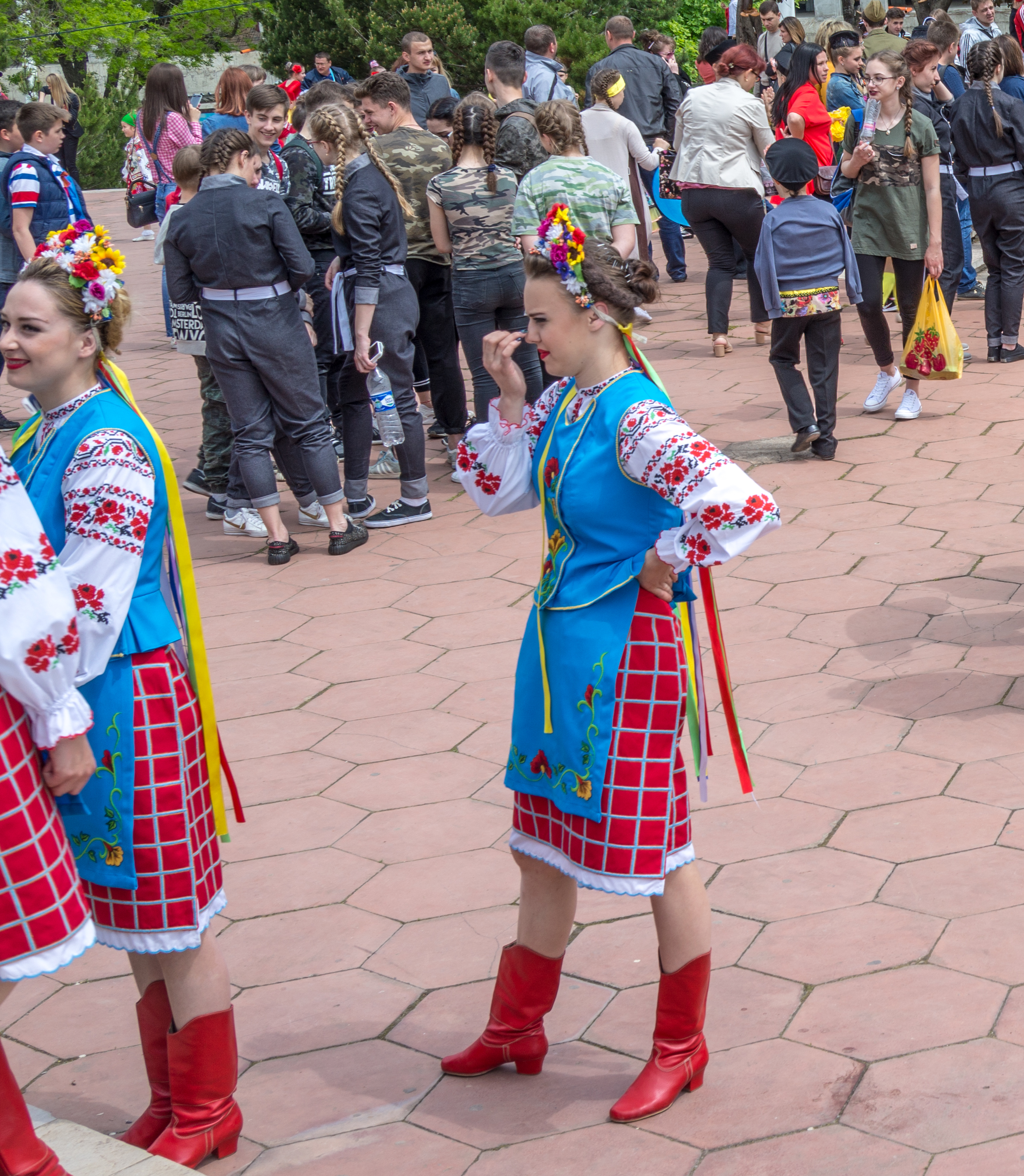 I saw them later that evening and they were good again. Young love.

But he still jerked off to the mental image of that Wonder Woman later that evening (I know he did). 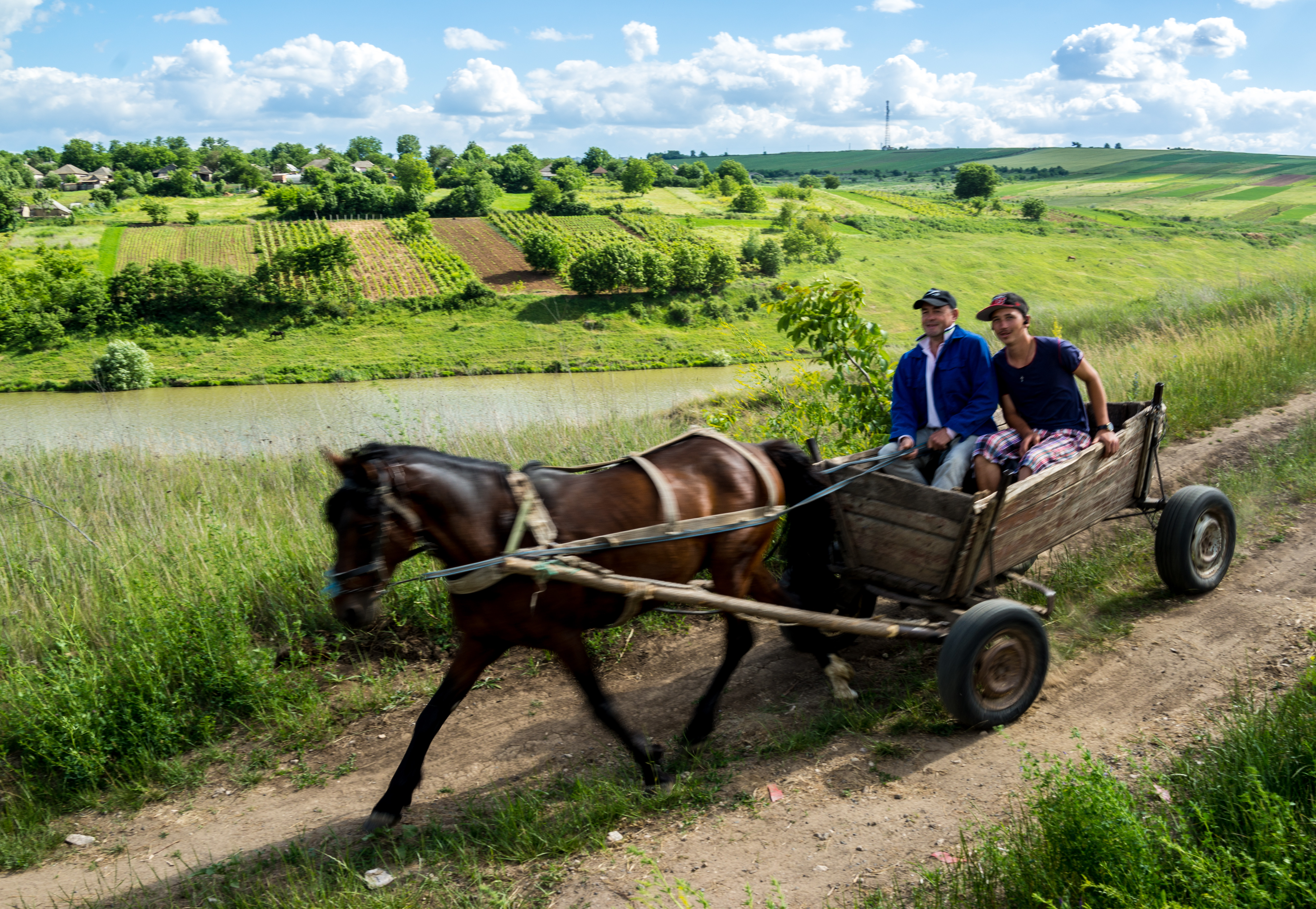 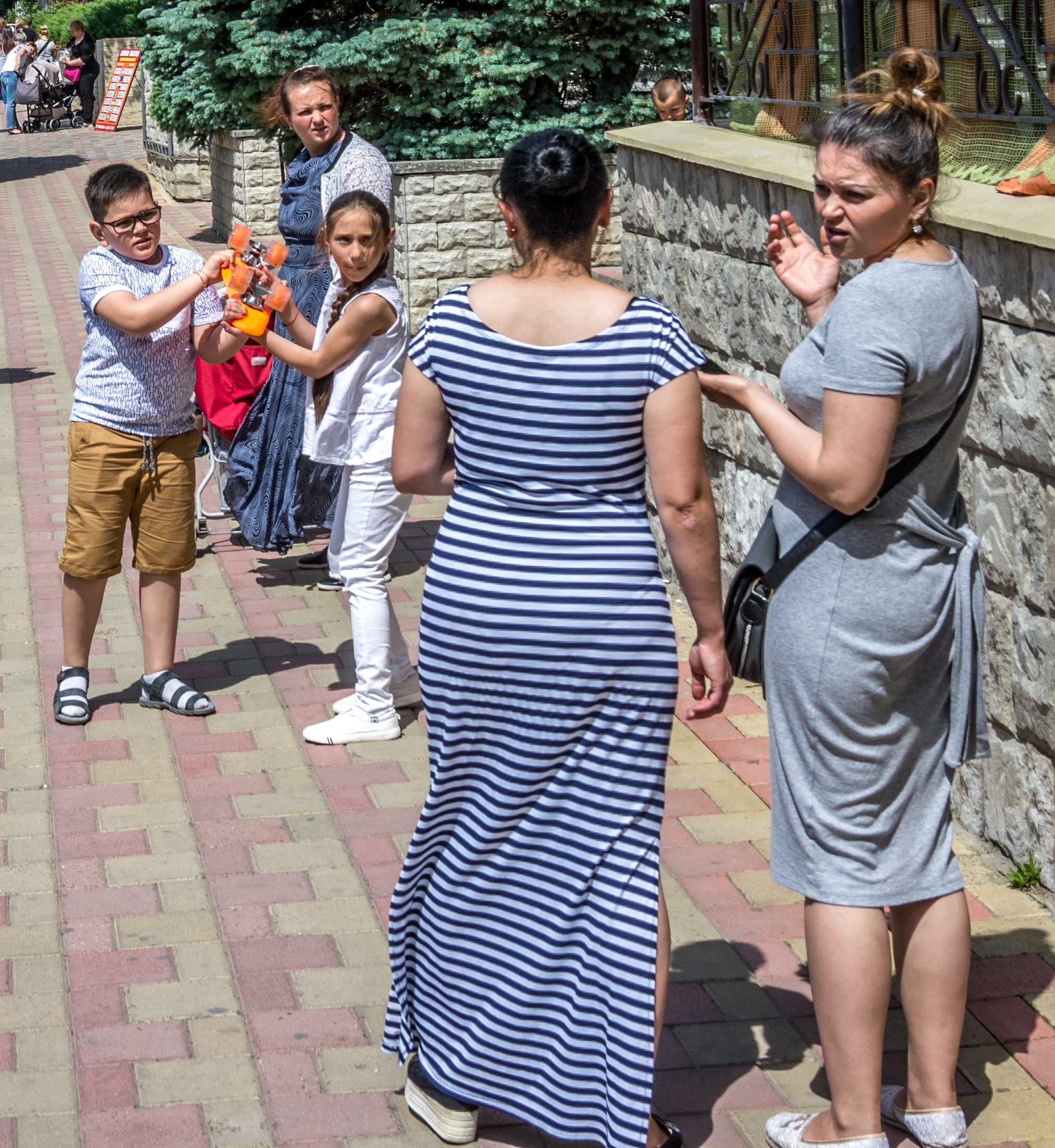