I was in a hurry when I saw this girl taking a picture in Oxford Street and I quickly took one too almost automatically and ran on. Sometimes this works and you capture something interesting that someone else saw first. Other times it gives you nothing, like in this case. Turned out the girl just took a picture of the street. 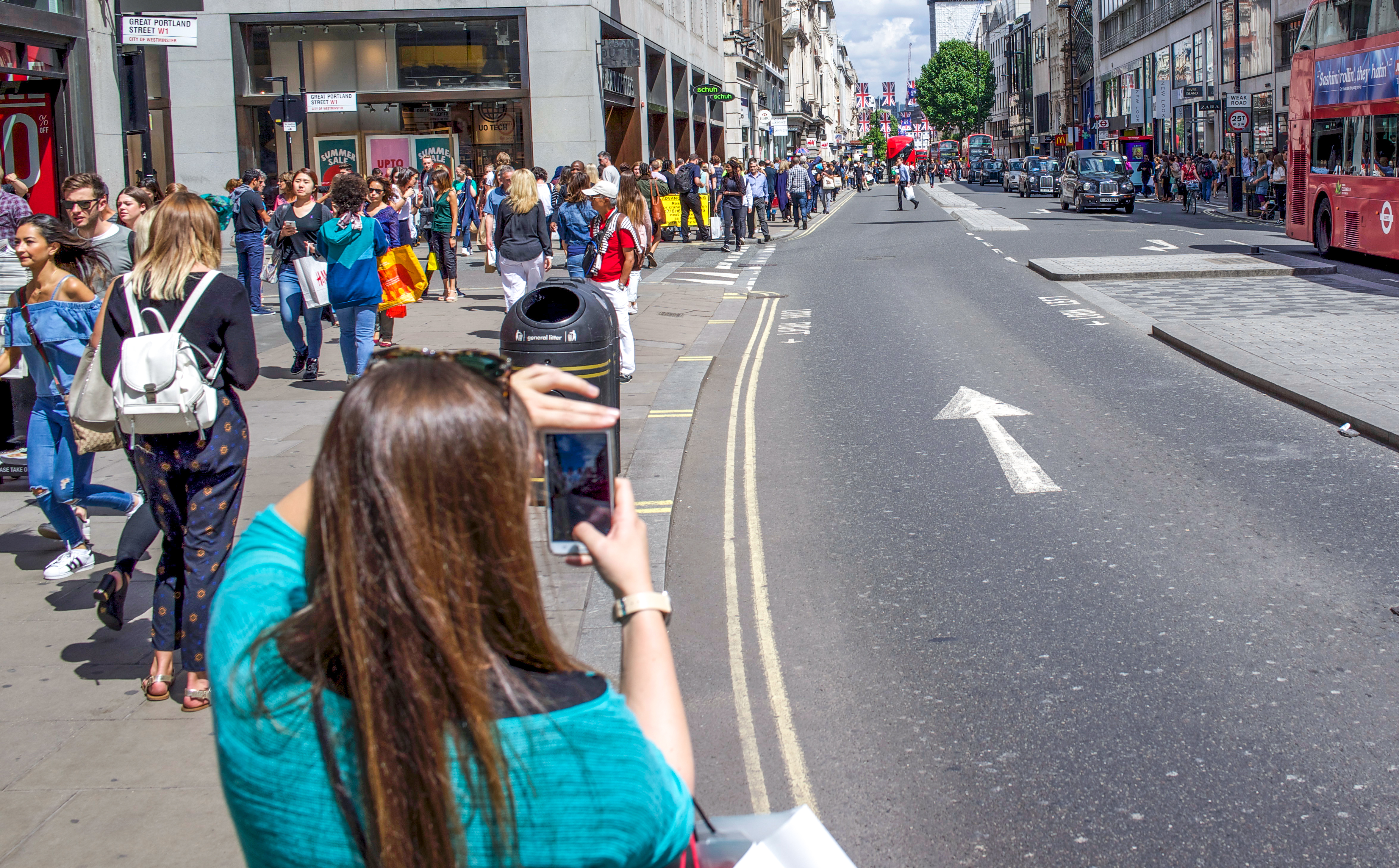 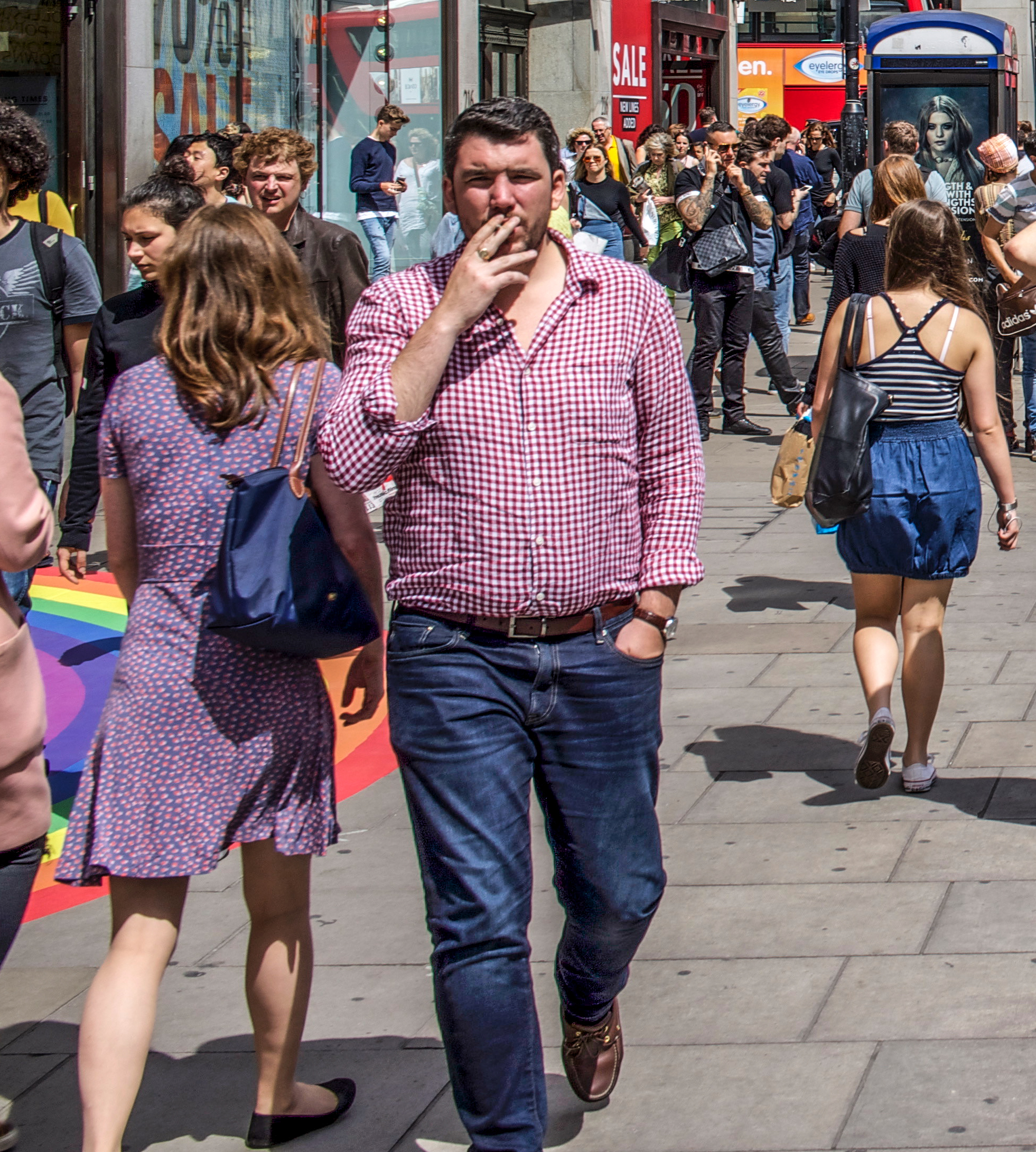 Yesterday after dinner people were talking about which language was the sexiest. For me it has always been French. I do not understand a word of it and generally think that it is a pretty ridiculous and unnecessary language (what's with half of it being "silent"?), which needs to be abolished (even if we have to bomb the French a little bit, we bombed people for less) and kept as a special language to be used exclusively for sex. Kind of like latin is used in biology or medical science. OK, we can keep it for some arthouse love movies, high fashion and menus, wherever you go in the world half of the stuff on the menus is in French anyway (which is annoying but we are all accustomed to it already).

The biggest clusterfuck of a rollercoaster relationship I have ever been in started with a Parisian girl sitting next to me (who because of the event we were at assumed that I could speak French) leaning into me, putting one of her hands on my shoulder, the other one on my inner thigh and whispering something in French into my ear for a minute (I could not understand a word of it but I did not stop her because I liked it) before pulling away, throwing her head back and laughing. And I thought "These are the most beautiful collar bones I have seen. Also, it is absolutely imperative that I fuck her senseless asap."

I like how elaborate Balinese guys' sarongs can be. Look at this guy rocking his multi-layer sarong. I can see him at home, putting that first layer on and then thinking "I think this is too plain, I need something more here, something bright, don't I? This could be OK. No, red doesn't work here, plus I do not feel like red today and I just did it on Wednesday. This. Yes, yellow works. Perfect. But I need a scarf to hang on the side, don't I? Good catch. I am thinking orange would work with this yellow. Here it is. And yes, it does. Now it is perfect." 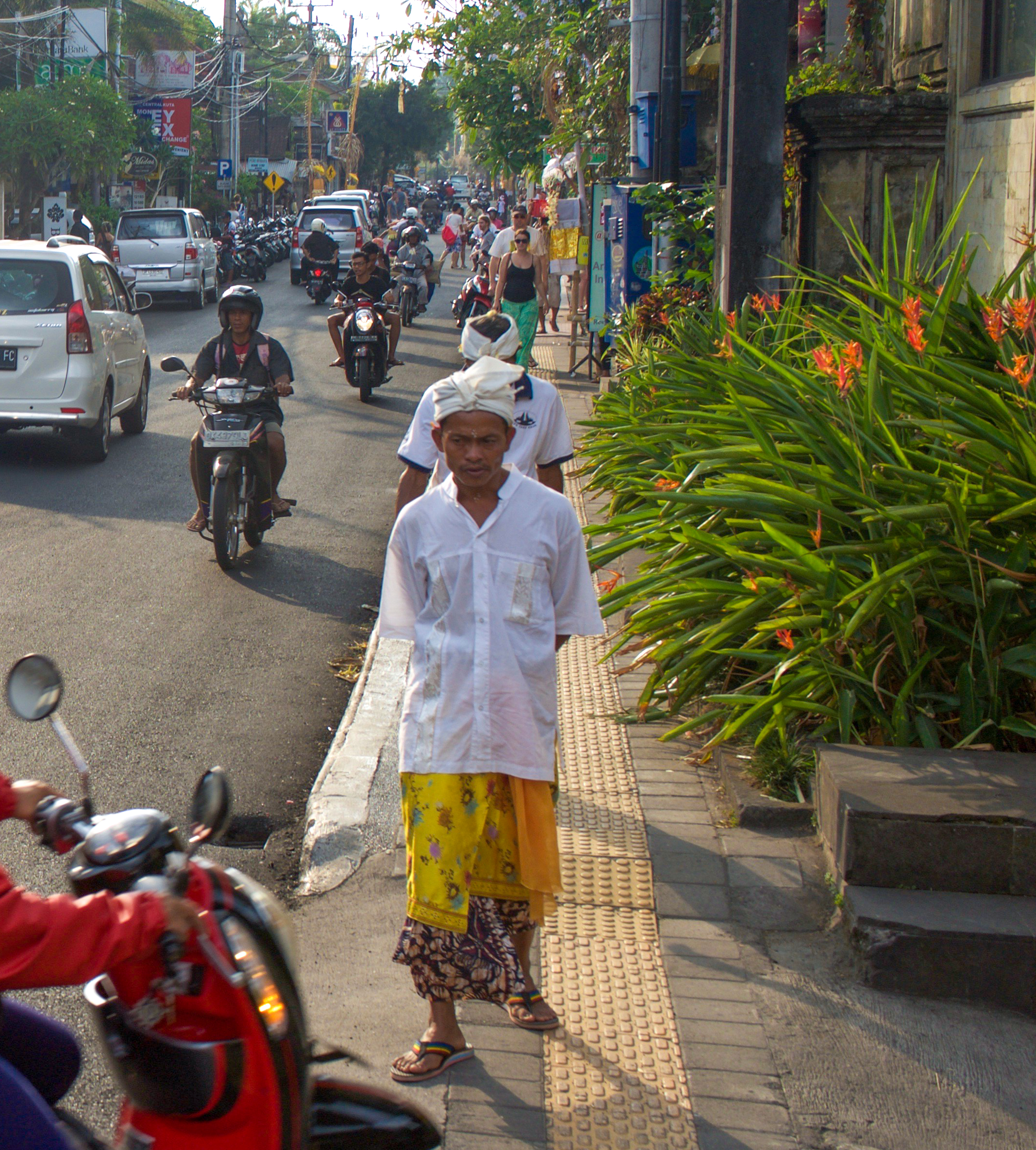