I think that Coulter's Berkeley speech cancelation is insanity however one looks at it. And also very lucky for Coulter.

I don't think I (and many people I know both in the US and outside) would have ever registered that Coulter's speech at Berkeley if they had let her speak for ninety minutes in some room there in front of the people who wanted to hear her speak. But now everyone knows about it and Coulter is a martyr in the name of free speech and "the left has gone insane and fascist" and "free speech" and "MAGA" and every TV network wants a piece of it. That's a lot of awesome free publicity and martyrdom and certainly much better for Coulter than that speech actually happening (not that she actually had anything new to say that those who wanted to hear her speak did not or could not hear her say on Youtube already).

Shell game right in the centre of Skopje, the capital of Macedonia, in the shadow of the Alexander the Great monument. Most of the "audience" around the dealers are actually part of their team (and as soon as an outsider approaches one of them will be "winning big" too to show the potential victim how easily one can win there). 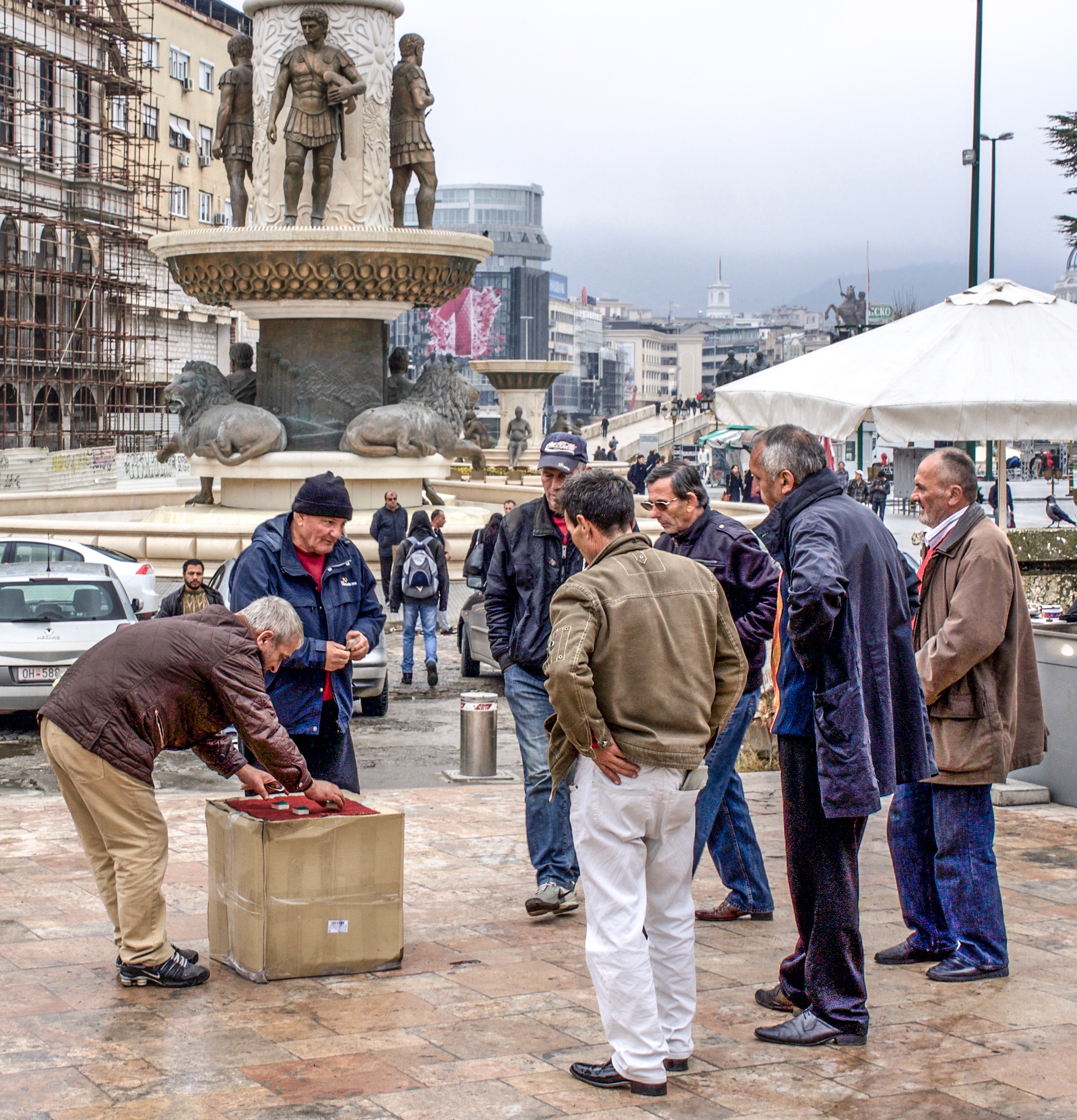 My brother's two sons were playing in the garden while we were having a couple of drinks there. One of my nephews is like my brother: calm, methodical, structured, theoretical and order-loving kid leaving nothing to chance. He built a carefully planned fortress with all the building blocks perfectly aligned and symmetrical and was admiring it.

Then his younger brother who is exactly like I was as a kid came running "Yay! Wow! A fortress! Yay! Now it gets bombed! Bdzsh! Bam! Come on! Here come the planes! Bam! Yay!". He is running around falling on the ground right on what is left of that fortress "Yeeeees! Hurraah!". Quickly gathers those building blocks into a random heap "Yay! A fortress again! Now it gets bombed again! Bam!" Gets bored. Starts crawling on the ground with some stick as his rifle towards his brother. Gets bored in exactly three seconds. Jumps up "Hurrah!" Sees some other stick on the other side of the garden, gets up and runs to that stick "Yaaaaaah!". Stops half way through, pisses on a tree, "Hurrah!" again, picks up that stick and runs away waving it like his sword "This is my sword! Rrraaaagh!".

His brother is confused by all this.

My brother turns to me:

- We would be so worried about that kid if we didn't have you.

The younger nephew is also best at math in his school, like I was.
Collapse