During our road trip through Transylvania I had to overtake quite a lot of these both during the day and at night. We were told that they would ban them from the roads very soon in Romania because of some EU rules and most horses would be slaughtered then. 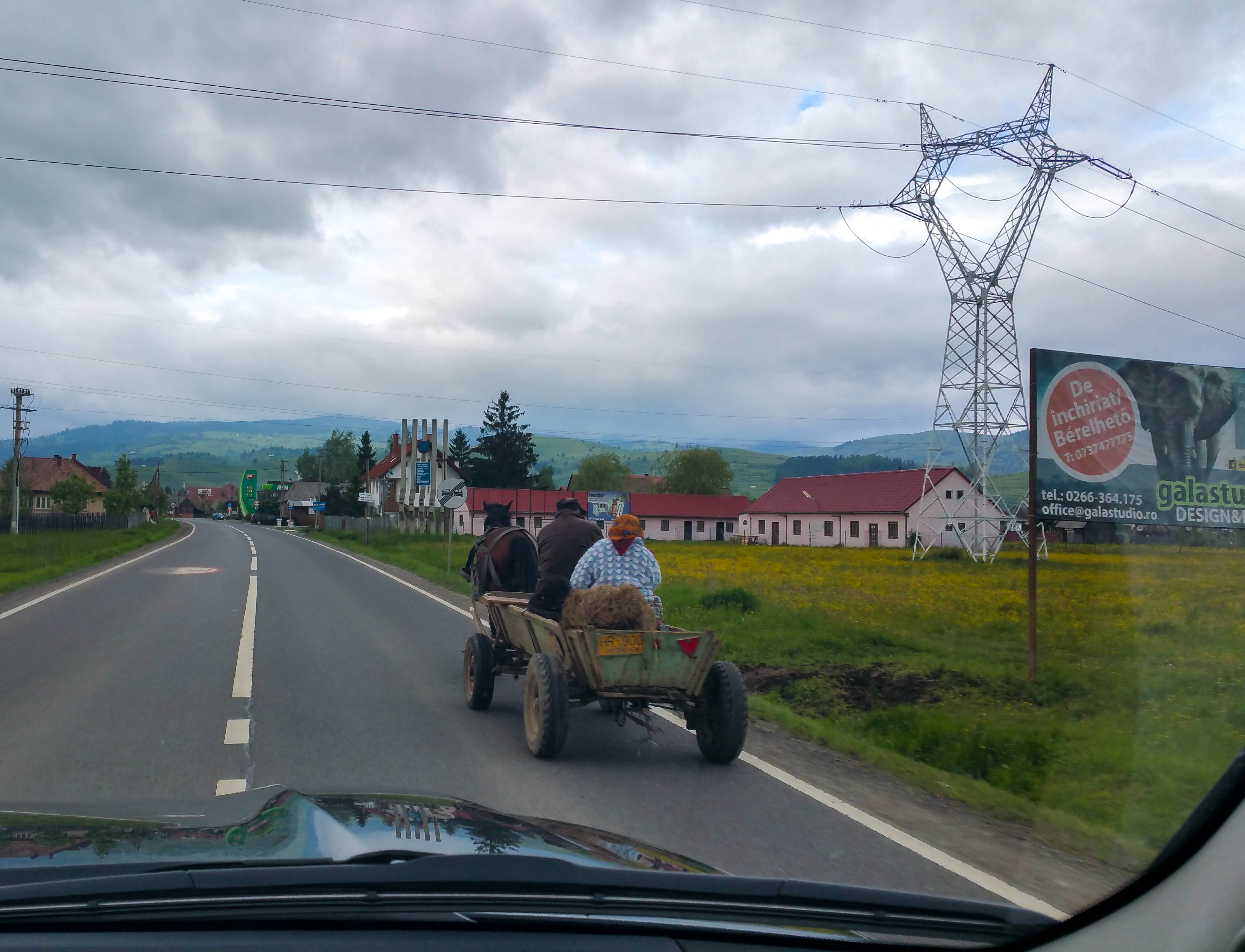 Village matriarchs. You do not want to get on the wrong side of them. Rule number one: you don't talk back. I learned it the hard way, that walking stick is not for walking. They can walk just fine (and run after you when they need to). My protests "Stop! This is white matriarchy!" didn't help one bit. 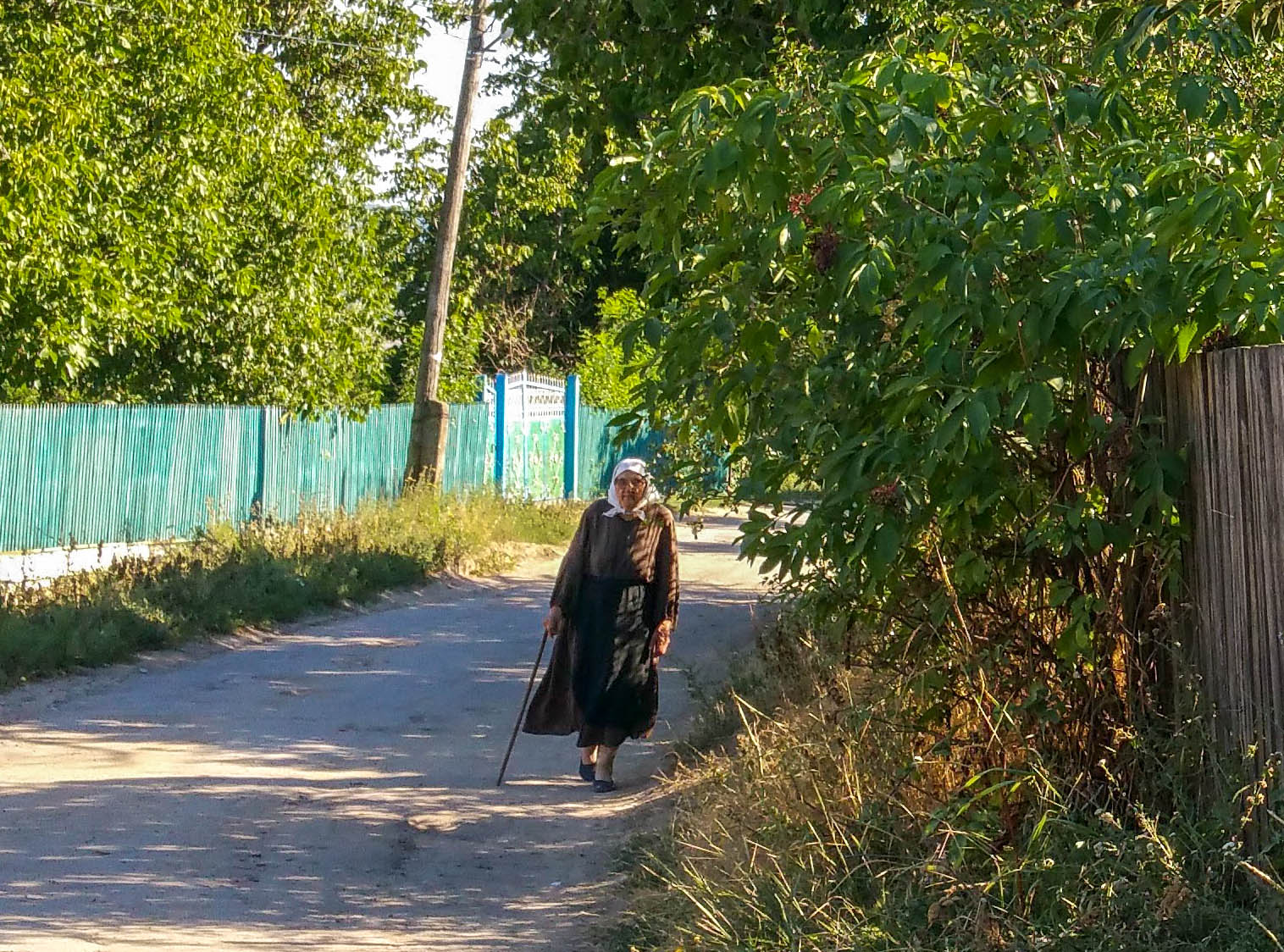 And they can throw away that stick and do more work in a day (and they do every day) than many of our young volunteers could do in a week (when they could do some work in between of being "triggered" by a lot of stuff). 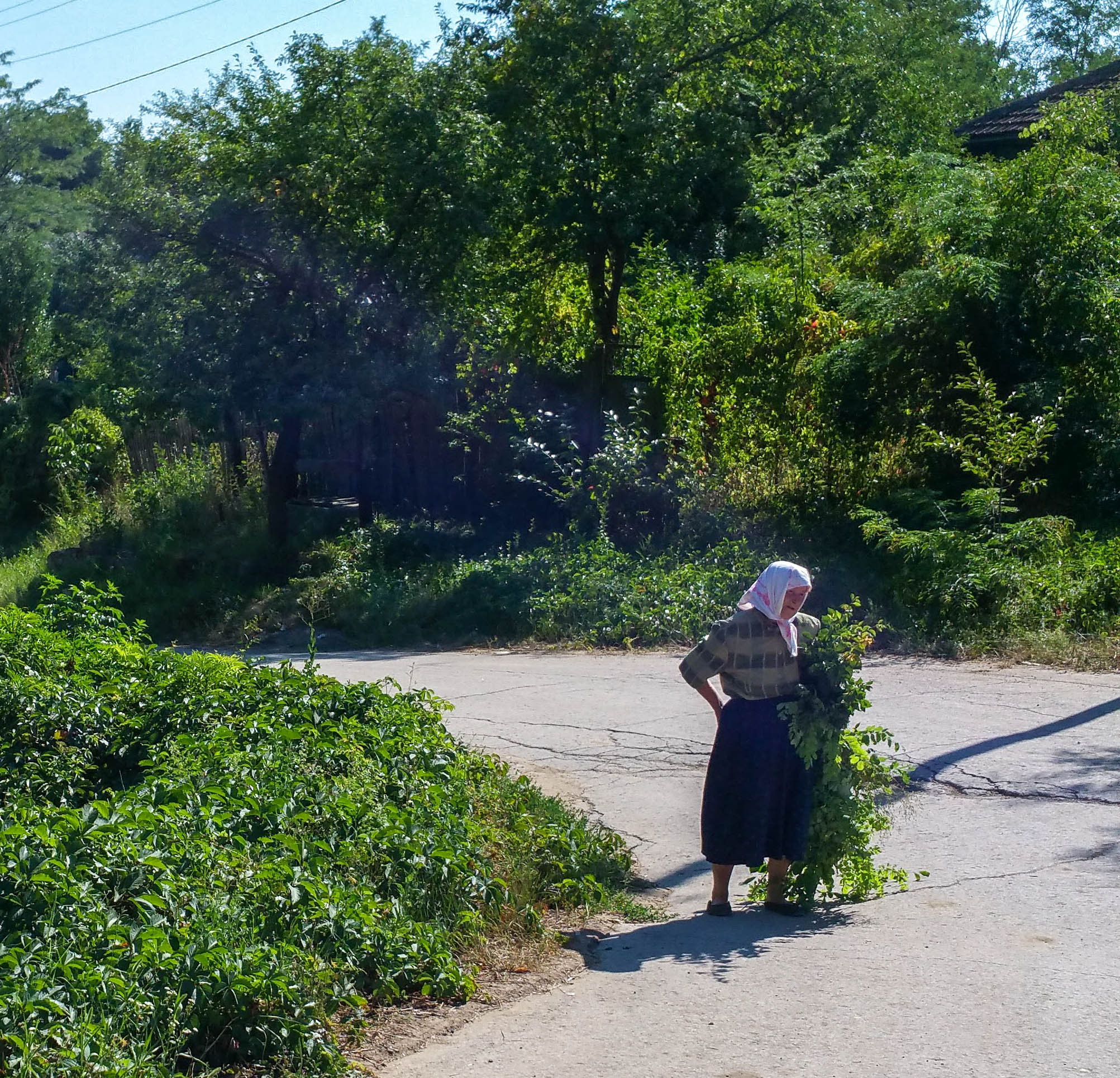 These women had really hard lives with war, the brutality of the Soviet regime, deportations, extreme poverty, hunger, labour camps, murders of their loved ones and death of their sons (in Afghanistan) and they don't have it easy now either. If there even could be anything positive in all that stuff they have been through, it probably would be that they do not get easily triggered now by women being underrepresented (45/55 ratio) among the extras in the background shots in the latest Netflix special.

In Moldovan villages matriarchy rules and nobody is triggered.

London streets are the best for everything, including taking photos. You can be floating in that river of people and all of a sudden..."two people just meeting, barely touching each other, two spirits greeting, trying to carry it further...": 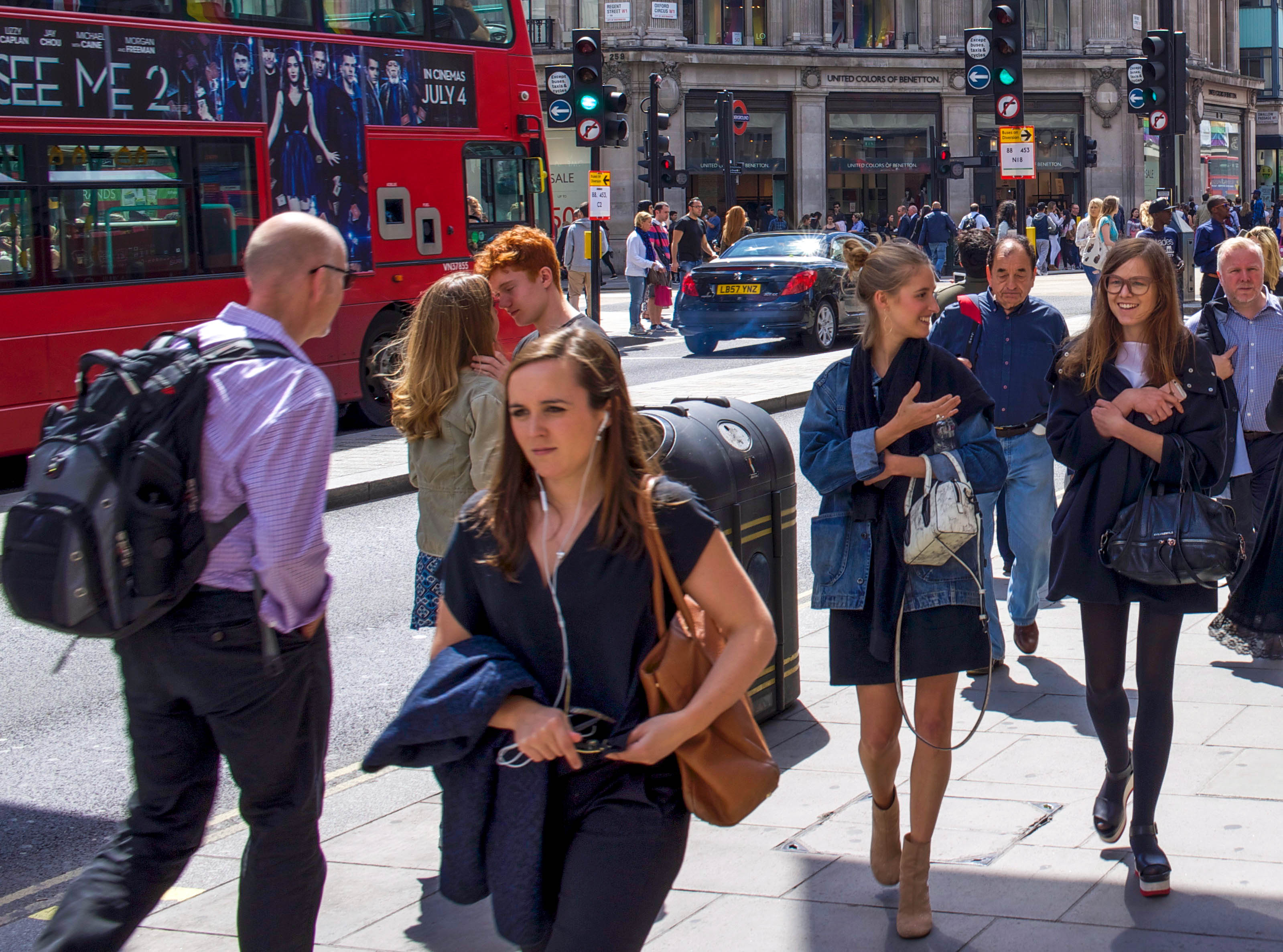 See that ginger top with his girl behind that woman in black? See the look on his face? The little bastard doesn't see anything around him now. I know how it works, he is laser focused on the girl and the moving sea of people and busses around them just doesn't exist or doesn't matter. And that's good for us, because it means that we can have a better look. So, shall we? 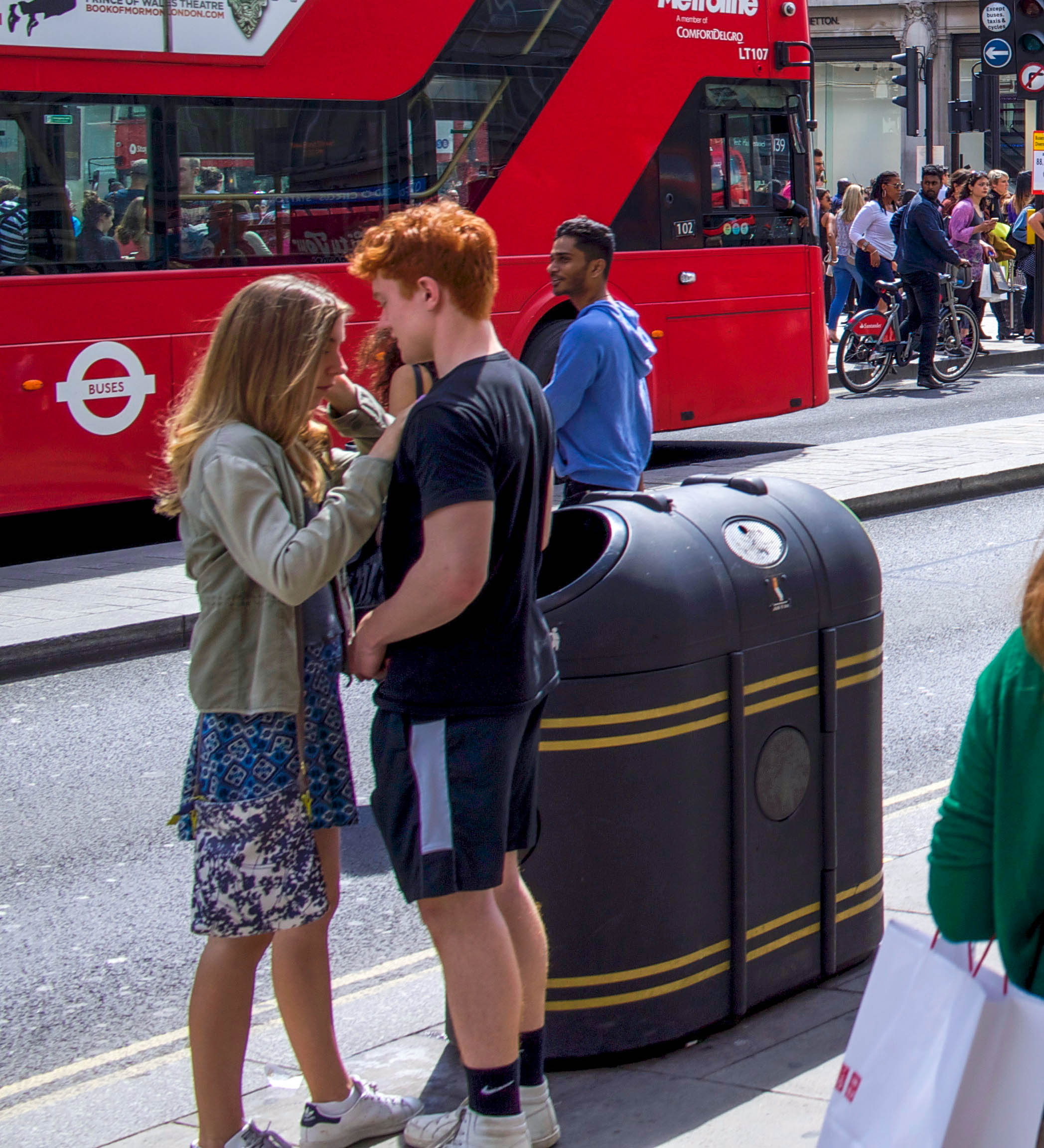 Aw... Too bad part of the girl's face is hidden from us by her hair. But luckily for us the carrot top cannot keep his hands off her including her hair, so we can take a better look at the girl, here we go: 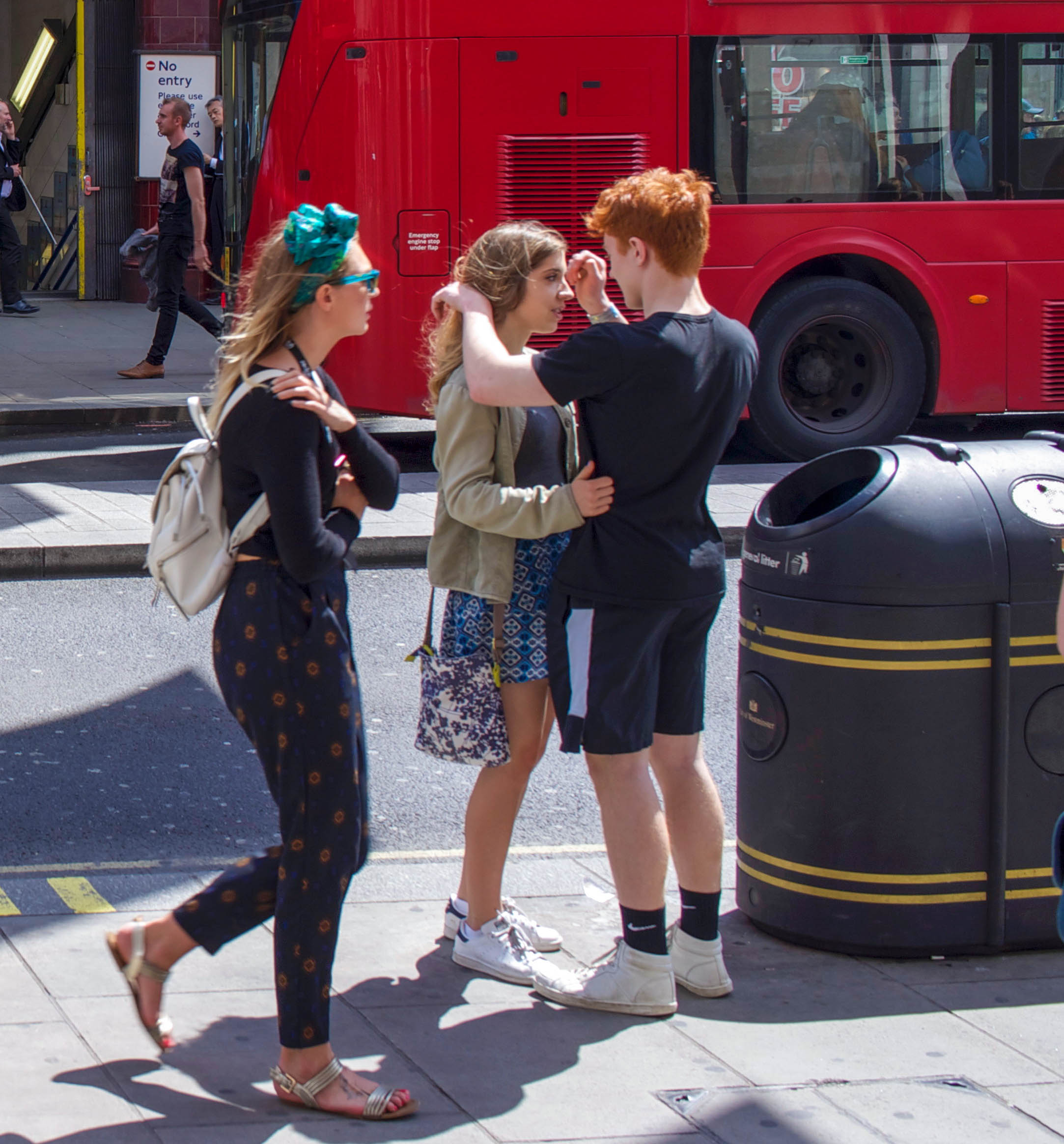 Also, is that other girl rocking that headband or not so much? Anyway, they could not part for ages and she missed more than a couple of busses: 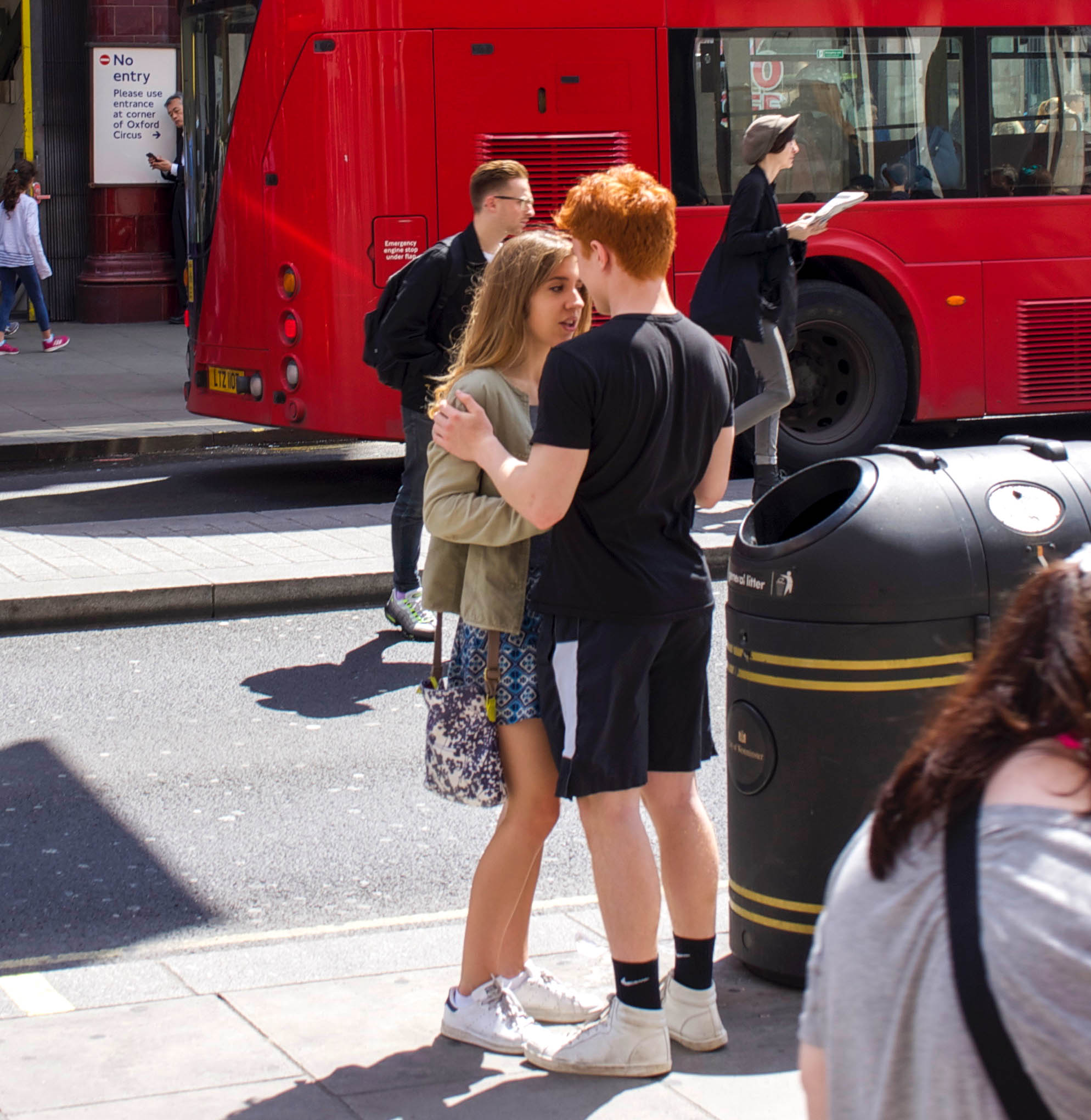 After she did get on a bus, the duracell woke up to the world around him and looked around like "What the fuck is this? Oh yeah, it's the world, yeah, yeah there is world, of course."

What an awesome couple. Young love is awesome.
Collapse